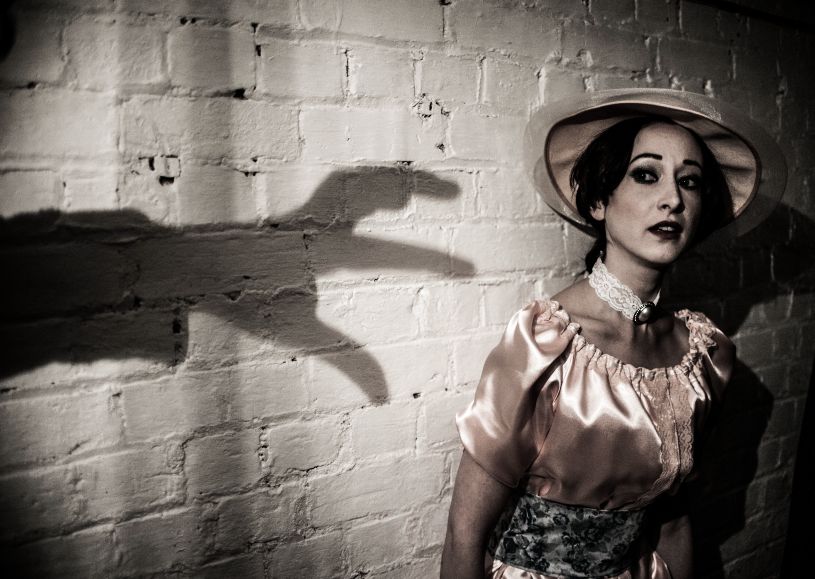 Five accomplished actor/musicians bring atmospheric freshness to the familiar story of the vampire Count, in this pared-down touring production from Blackeyed Theatre.
Paul Kevin-Taylor, impressively inhabiting the title role, makes a striking entrance, with his long coat, his cadaverous voice and his red hair. In a master-stroke, he also gets to play vampire-hunter Van Helsing, pursuing his prey from Victorian London to Transylvania. Much more doubling elsewhere, including Will Bryant outstanding as the strait-jacketed madman Renfield and young Jonathan Harker.
The women, whose role is enhanced in John Ginman's adaptation, are sympathetically played by Katrina Gibson and Rachel Winters.
Eliot Giuralarocca brings many clever touches to his production – the silent movie “A Fugitive Seeks Shelter”, the Music Hall number – as well as some spine-chilling effects. All on a spare scaffolding set, with atmospheric lighting, a candle or two, and live music from the versatile actors – Latin chant, folk music to set scenes, Psycho fiddle for Lucy's decapitation.
Scarcely any blood, no fake fangs, but a fast-moving drama, admirably true to the spirit and the style of the original.
on Friday, January 24, 2014